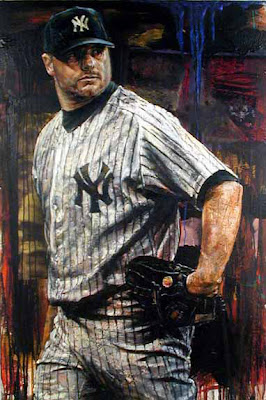 I really want Roger Clemens to be innocent. Innocent of whatever he is accused of now, as well as what he might be accused of later. And who knows when or where this merry go round will let him get off. I will admit, I want to believe he did not take Performance Enhancing Drugs more for baseball than for Roger. I want baseball to be clean. I want baseball to clean up. I want the integrity of 'America's Pastime' restored. Baseball is bigger than Roger Clemens. Bigger than Barry Bonds. Bigger than Mark McGuire. Bigger than Jose Canseco, for goodness sakes. I want to believe he did not have an extramarital affair with a country singer. But I want to believe this more for his wife and family than for Roger himself. Regardless of what you or I think, I am convinced that Clemens believes in his mind he is not guilty of any wrong doing. He is steadfast that no steroid allegation is going to tarnish his career. Whatever he did or did not do, he actually believes his career numbers are beyond reproach. No needle in the rear end, and no affair extra or otherwise, will keep the 'heat throwin' Texan from his appointed destination. Of course, that would be Cooperstown, which was once guaranteed. At least not in his mind anyway. It is said that everything is bigger in Texas, and Roger thinks he is larger than life. The thing that continues to puzzle me is the reason Brian McNamee continues to put the heat on Roger. Granted, McNamee probably isn't on a whole lot of Christmas card lists. His credibility can certainly be questioned. But why is he so adamantly after Clemens? I don't buy into the money answer, because he'll burn most of that up in legal fees anyway. It isn't for the headlines, they are too fleeting. Is it payback of some sort? Do you suppose Clemens did something to McNamee that deserves this type of payback? The accusations continue to mount: first the steroids, now the affair. Is this worthy of the "where there's smoke there's fire" cliche? Why all the 'hobnobbing' on Capitol Hill (sign a ball to save a set)? Do photos really place you at Jose's now infamous party when you denied being there? Was there really no intimacy when you were alone with the country singer all those times? Can we believe Roger Clemens? I want to believe him, and this time for no one but himself.