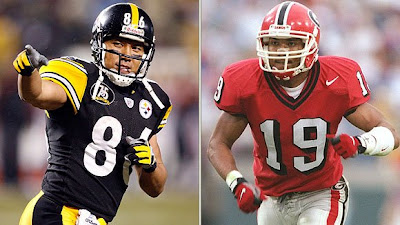 This "Dawg" is back in the "Big Bowl"! Yes, Hines Ward will appear in another Super Bowl for the Pittsburgh Steelers. In 2006, Ward was named MVP of Super Bowl XL. The former Georgia Bulldog sprained his knee in last night's AFC Championship game but promises to be back in two weeks to play for all the marbles. Nevertheless, this week's MRI will tell the real story on Ward's knee. I certainly would not bet against him playing. An Opinion On Sports hopes that he does indeed play, and plays well, but that the Arizona Cardinals come out of the Super Bowl as World Champions. Sorry, Hines...