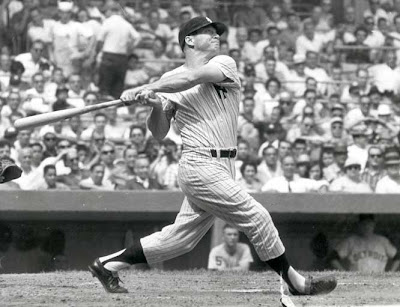 On January 16, 1961, Yankee slugger Mickey Mantle became the highest paid player in baseball when he signed a $75,000 contract. Alex Rodriquez of the Yankees makes $26.2 million per year as the highest paid player now. The Mick's salary wouldn't even come close to paying the taxes on A-Rod's income. There's no comparison there, but I promise you, Mantle could match him talent-wise, as well as navigating the Big Apple's party venues!