Chief Noc-A-Homa Wants a Tepee at the Ted 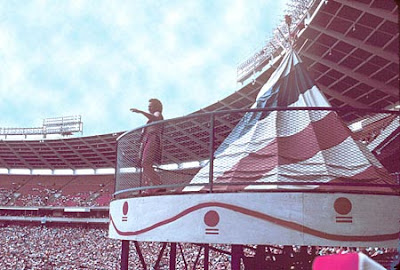 Levi Walker, Jr., the most popular of three Chief Noc-A-Homas, says Turner Field needs a tepee. Noc-A-Homas's tepee occupied the left field bleachers from 1969 to 1986. Curiously, the Braves removed the structure in 1982 in order to add more seating. The team then went on a skid losing 19 of 21 games, which prompted a tremendous outcry from the Atlanta fans. Braves management, at he direction of one Mr. Ted Turner, had the tepee put back up, and the Braves reversed the skid and went on to win the National League Western Division. Walker, who now resides in Michigan, would love to come to Turner Field and pass the baton onto a younger Chief Noc-A-Homa. Sounds good to me. After all, it's been a few years now since we won our division. You know what they say about drastic times and drastic measures...