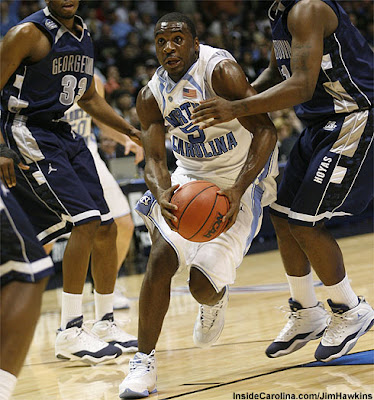 North Carolina coach Roy Williams says that Ty Lawson's ability to play against LSU in the second round of the NCAA tournament on Saturday will be a game-time decision. Lawson has failed to appear in the Tarheel's last three games due to a jammed big right toe. If Ty Lawson does not play against LSU, then North Carolina's season will be over. You heard it on An Opinion On Sports first. So, can he play, and then, can he be effective? Hmmm.....