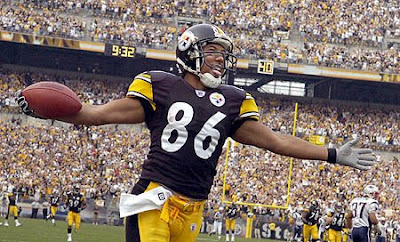 The NFL rules committee is seeking to protect defensive players from devastating peel-back blows issued at the hands of offensive players. The "poster boy" example of this type of hit was the one administered by Pittsburgh's Hines Ward on the Bengal's Keith Rivers. Ward peeled back after a Steeler reception and nailed Rivers, who never saw the hit coming. The result was a broken jaw for Rivers, and the ruling of a legitimate hit for Ward. In the future, hits such as this could warrant flagrant, personal foul calls. The rules committee does not want to see helmet-to-helmet hits on players who do not have a chance to protect themselves. The new rule could be in place at the conclusion of the league's annual meetings later this week.