Richard Whitt's 'Behind The Hedges' 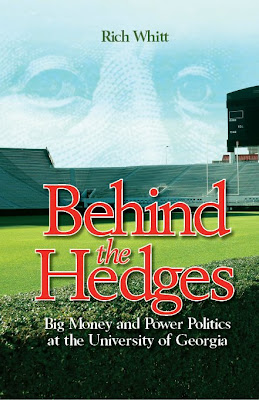 Due for release on April 6, Behind the Hedges explores the tremendous power struggles that took place within the university of Georgia. The main principals, UGA president Michael Adams, former athletic director Vince Dooley, and The Georgia Foundation are all openly examined. Even Governor Sonny Perdue is on display for his key role in keeping Adams at the university. One of the most interesting explorations of the late Mr. Whitt's work is the complete separation of the Georgia Foundation from the Board of Regents. The Foundation raises and oversees huge donations from private contributors, now with no official relationship to the University of Georgia whatsoever. This investigative gem should prove to be high on the 'must read' list for the entire Bulldog Nation.