No Sugar in This "Loaf" 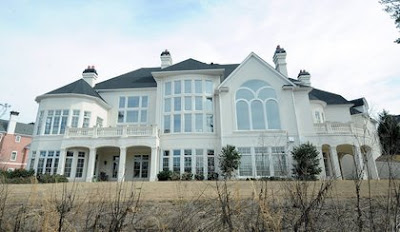 Michael Vick's suburban Atlanta mansion went on the auction block today as part of his bankruptcy settlement. Only two bidders showed up for the prospective sale, neither of which made a qualifying offer. The opening bid was $3.2 million. The 20,000 square foot mansion features eight bedrooms, eleven baths, a theater, a pool room, an indoor golf driving range, and a four car garage. The house, one of Sugarloaf Country Club's most prominent estates, has been on the market for more than a year.