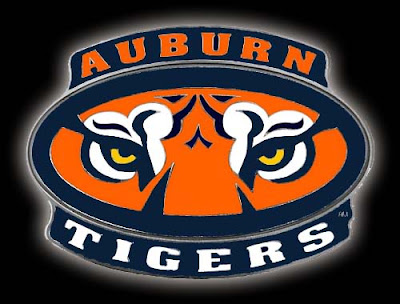 Auburn University announced this week that Tiger football will become a weekly 30 minute reality show this fall. It will be a documentary type show titled "Auburn Football: Every Day".
At first I thought it was a bit 'dorky', but after reading the basis for the show it does sound like a novel idea. I know I would enjoy seeing the operations of Georgia football on a daily basis during a game-week. The practice, preparation , and planning for an upcoming opponent would have to be intriguing for most avid gridiron fans. Auburn could have treated it like a soap opera and named it "As The Tiger Turns", or "Our Little Place on the Plains", or how about "Life As the Stepchild of a State". You just gotta love those War Eagles...NOT!
Posted by Sports Dawg at 11:08 AM