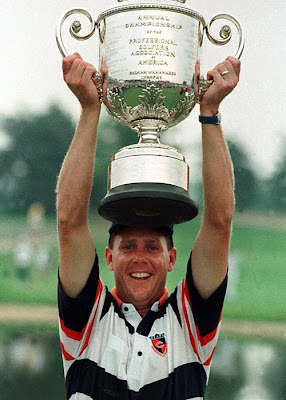 Back in time to August 1989. At Kemper Lakes Golf Club in Illinois, Payne Stewart shoots 276 to capture the 71st PGA Championship. Payne suffered his fatal plane crash in October 1999, and the golfing world has missed his personality, flamboyance, and talent since that tragic event. The 2009 edition of the PGA is underway this week in Minnesota.