Lou Holtz: No Run For Congress 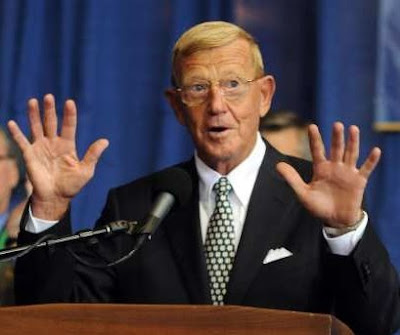 Lou Holtz says he is not a candidate for a congressional seat. Already enough hot air on Capitol Hill, I suppose. One web poll asked if you would vote for Holtz if he did run for political office. My response would have been that if it would get him off of ESPN, heck yes. No such luck.. We're stuck with his lisping, maniacal ranting. Perhaps if ESPN had not been 'recession proof', they would have cut out his dead weight. Oh well, thank goodness for the mute button!