Charley Trippi: The Best To Wear #2 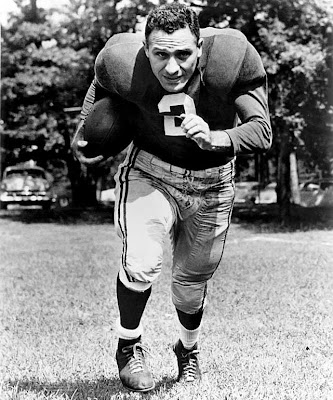 Charlie Trippi has been named by Sports Illustrated Vault as the best National Football League player to ever wear the number "2". Trippi was a Hall of Fame tailback who played his entire career with the Chicago Cardinals. His Cardinals won the 1947 NFL Championship with Trippi recording a pair of touchdowns. He played his college ball at the University of Georgia, and was a two-time All America selection. He was named the Most Valuable Player in the 1943 Rose Bowl where his Bulldogs defeated UCLA 9-0. His jersey number at Georgia? Number 62.
Posted by Sports Dawg at 4:34 PM