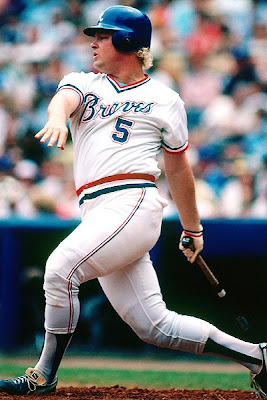 Former Arizona State and Atlanta Brave star is 53 years old today. Horner played for the Braves from 1978 through 1986, and ended his MLB career with the Cardinal in 1988. The slugging third/first baseman amassed 218 career homers. In July of 1986 against the Montreal Expos, he became the eleventh player to hit four home runs in a single game. Guess what? The Braves lost that game! Must have been because of those dreadful uniforms.