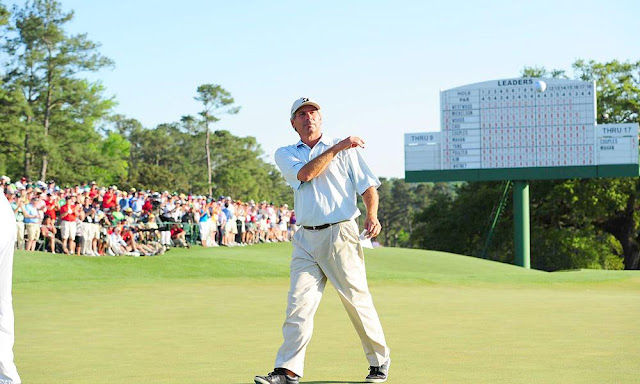 Fred Couples was elected to the World Golf  Hall of Fame today.  The former Masters champion has 15 wins on the PGA Tour, including two at The Players Championship and the 1992 Masters. He has played on five Ryder Cups, five Presidents Cups and was ranked number one in the world for a period during the 1992 season. The tremendously popular Couples was elected with a record low qualifying score of 51 percent. Although the minimum score for election is 65 percent, there is a clause that states that when no golfer gets the minimum, the leading vote getter is elected as long as he has at least 50 percent of the vote. Some may think that Couples "snuck in" the Hall because of the special clause, but I believe Freddie to be deserving of this honor. He has turned in some amazing performances on Tour with that easy, relaxed, almost effortless-looking swing. He describes himself as a good player, but not a great player. I describe him as good enough to belong in the Hall of Fame.