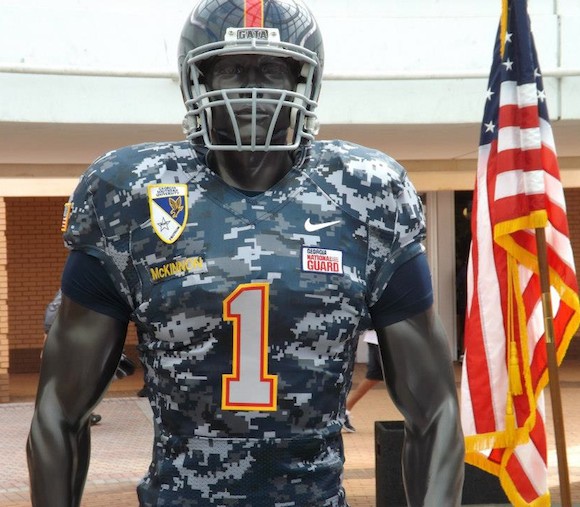 The Georgia Southern Eagles will be decked out in camo uniforms for their game on Military Appreciation Day in October. Their opponent will be Wofford on the 13th. The camo is dark blue digital and will feature the words "Always Ready, Always There" on the backs.  More than 100 different military patches will be worn on  different players jerseys. Southern will wear their traditional navy blue helmets, but will have a red stripe which represents the sacrifices for freedom. There will be gold stripes on either side of the red one, and gray numbers outlined with red and yellow on each side. This will be the first time that the Eagles have not worn their traditional blue and white uniforms.