Andre Dawson: It's Montreal in the "Hall" 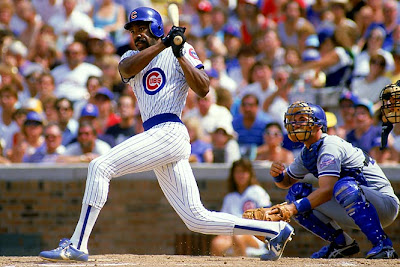 Newly elected Hall-of-Famer Andre Dawson will go into the Hall as a Montreal Expo, not as a Chicago Cub as he would have preferred. This decision was made by the Hall of Fame induction committee, who felt that Dawson made his greatest impact on the game while playing for the Expos. He played his first eleven seasons with Montreal, then six seasons in Chicago, followed by two each in Boston and Florida. The "Hawk", who retired from the game in 1996, was under the impression that he would have input into the selection of his induction team. This was not the case, but all the teams a player was a member of are listed on his Hall of Fame plaque. So in the end it's all good because Andre Dawson is finally going into baseball's Hall of Fame. Regardless of what insignia is on his cap.
Posted by Sports Dawg at 3:23 PM