Tim Tebow: Invited to the "Show" or Not 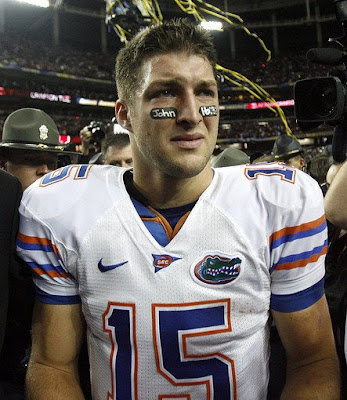 Will Tim Tebow be invited to the NFL Draft or not? Usually, invitees are players who are sure to go in the first round, or if not, at least early second. With Tebow, there is speculation that he could go as low as the third round, but also those who say he'll be a first rounder. So, do they bring him in knowing he might have to be there quite a while, or don't ask him at all? I say bring the kid in, bump up the ratings, and let him sit for a while if necessary. The press has never had any difficulty gloating over him during his collegiate career, so I'm sure they can do more than enough ad-libbing if necessary. Either way, it's nothing to cry about. Right, Tim?