A Shocker in "Chuck Town" 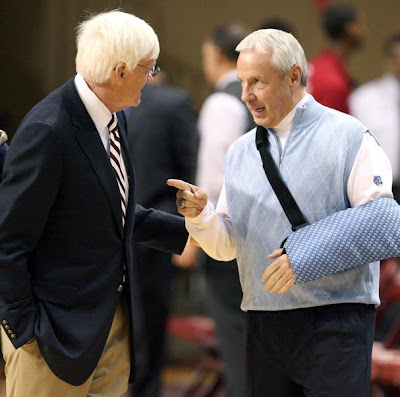 The College of Charleston notched a monumental upset by defeating the North Carolina Tarheels 82-79 last night in Charleston. The Cougars tied the game with a clutch 3-pointer with two seconds left in regulation, then opened the extra period with another three and never looked back. Charleston led most of the game, however Carolina rallied and actually led 72-61 with four minutes remaining. But the Cougars' Andrew Goudelock got hot and scored the last eight points before overtime to propel C of C to victory. It was the first time the Cougars, coached by the infamous Bobby Cremins, had hosted a team ranked as high as the number 9 Tarheels. North Carolina in now 11-4 on the season, while the Cougars improved to 8-6.
Posted by Sports Dawg at 10:29 AM