David Cutcliffe: Loyalty Above Self 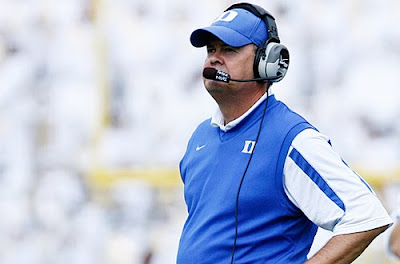 Less than 48 hours ago, David Cutcliffe was set to return to the University of Tennessee as it's next head football coach. It was apparently a done deal until a not-so-minor detail got in the way. That last detail involved Tennessee's ridiculous predicament with assistants from the previous staff, and Cutcliffe's unwavering loyalty to his current staff. Six current staff members are still under contract with UT, some of them with multi-year deals. The Vols didn't think they could eat those contractual dollars, thus forcing the next head coach to have to keep them on his staff. Cutcliffe wanted to bring his entire staff from Duke along with him to Knoxville. He said "all or none", virtually taking himself out of the running for the job. It takes one heck of a lot of integrity for a football guy to turn down one of the top jobs in the top football conference in the land to remain at a basketball school in the top basketball conference in the land. Tennessee just got rid of a guy with no integrity, and missed out on a guy with tons of it. Go figure...