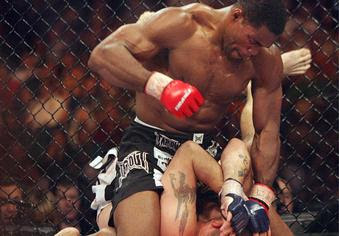 Herschel Walker isn't close to being the fighter as he was the football player, but nevertheless he won his initial MMA event by defeating Greg Nagy in a TKO in the third round. Nagy came into the fight with an MMA record of 1-1. Walker has much to learn as a fighter, but his victory Saturday night put his trainers at the American Kickboxing Academy in the position of having to decide if he is worthy of another bout. He cannot defeat many other fighters on shear athleticism as he did Nagy, so he will have to make significant improvement in his fighting skills to advance much further. Opinion On Sports is betting that Walker will fight again, and more than once. He won't ever be an MMA champion, but he will prove himself to be good for the sport. But he learned Saturday that the MMA fans are an impatient lot. If he doesn't progress, the boos will rain down hard, making it tough for the Old Man to "Fight On".