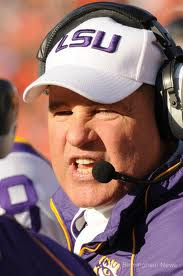 Gotta be one of the best quotes of the weekend; when L.S.U. head coach Les Miles was asked about the atmosphere and the crowd at Tiger Stadium after his Tigers defeated South Carolina Saturday night he answered, "Death Valley, where opponents dreams come to die". To put Carolina's plight in perspective, the late Beano Cook once said; "Dracula and LSU football are at their best after the sun goes down." The sun definitely went down on the Gamecocks last night.