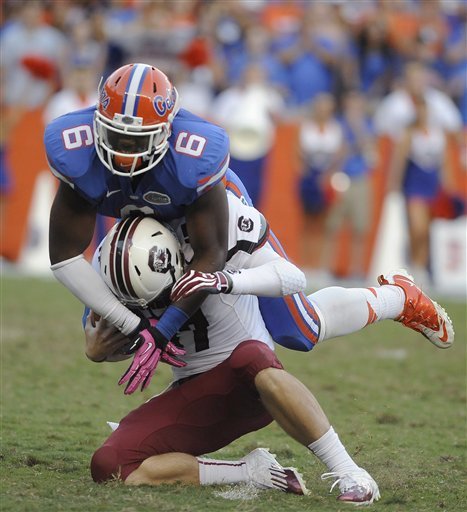 South Carolina lost to Florida today by the lopsided score of 44-11. Two weeks ago they dominated Georgia to the tune of 35-7. I don't think they were as good as they showed against the Bulldogs, and perhaps they aren't as bad as they appeared to be today. I'll go as far as to say they're maybe somewhere in the middle of those two performances. They played their game of the year against Georgia. They pointed to that game, peaked for it, played to an emotional crescendo, and enjoyed all the fruits of a great win. But I think that win was all they had in their emotional tank. They haven't played even close to that level since then, and I don't think they will again this season. The Gators beat them today like a snare drum, but the Gamecock defense played well enough in the first half for the score to better than it was. Having said all of that, you can stick a fork in the 'Cocks, 'cause they are done.
Posted by Sports Dawg at 11:24 PM