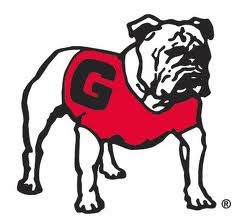 I've read some blogs, some articles, and a lot of comments. The underlying theme that I've picked up is frustration. Frustration with effort and execution. Frustration with coaching. But mainly frustration of being 0-10 in ballgames against ranked opponents. Why? Are 3, 4 and 5 star recruits not being "coached up"? Are there not enough of those quality athletes at Georgia? Is it the type of kids we recruit? But then again, everyone else seems to want them as well. Is it an issue of depth, or lack there of? Is it coaching philosophy? As the often misspoken Pat Dye asked "Is Georgia tough enough?" I am not a football coach, but I have learned that games are won and lost in the trenches. Georgia must make signing offensive lineman a priority every year to build depth and experience with that unit. The offensive line has been Mark Richt's Achilles heel during his entire tenure at UGA. But this is not the whole problem within itself. I also have developed a belief that the Bulldogs cannot continue to have players suspended for 1,2 and 4 games every single season. I'm not saying kids shouldn't be disciplined, and I know all about the University's policies. But when you have key players sit out a third of a season, it adversely affects the caliber of your team. And no, I don't have an answer for that, and this isn't the "big picture" problem either. I really do not have an answer for the title of this post at all. I don't know what's wrong in Athens. But I know that something "in the milk ain't white". The coaching staff last night said that it's just one loss. But it really is more than just one loss. It's an epidemic of big game losses. I don't get a lot of comments on this blog, but I'd like to know what you think is wrong with the Georgia football program.
Posted by Sports Dawg at 10:15 AM

I think its pretty obvious its the coaching staff as a whole. here's why:

1. uga recruits very good every year
2. Uga is one of the top schools in sending guys to the NFL
3. Uga players are successful in the NFL

so its not the quality of players we have.

I can prove its the ability to not coach up, disciple the team properly, and bad play calling.

1. 1-10 vs top ten teams since 2008.
2. Last year uga's defense started strong but couldn't finish strong because of not being conditioned properly, ex. vs lsu, Michigan state.
3. Continuously calling draw plays when its very obvious it doesn't work after trying it over and over and over. ex. vs south Carolina last night.
4. Losing to central Florida, Colorado, etc. even if its a down year that's pathetic.

Also, limitations from above. It's tough to enforce drug policies that opponents do not enforce. Would having Ogletree, Rambo, and Commings from the beginning made a difference? I don't know, but it sure as hell doesn't help.

I've been on the CMR bangwagon for a loooong time. I just hopped off last night. When you have a equally talented team, but perform significantly worse, that falls on the coaches.

It would be one thing if this was the first time, but we all know it wasn't the first time. And I guarantee it won't be last as long as CMR is here.....